A downloadable game for Windows

"To Hell With Guns" is a short dungeon crawler with classic round-based combat made for a Game Jam. It features party creation and a small devilish dungeon.

Ringer The Zinger2 years ago

hey bud , i've seen you had many exprience with gaming , nay i ask you please to tell the names of 4 or 5 of your favorite games so i can have more understanding in game design please ?

I am a big fan of role playing games from the end of the 80s and the beginning of the 90s where you create a party at the beginning of the game. Some examples would be Pool of Radiance (1988) and other similar SSI's games with their cool action figure fights and the overall faithful Dungeons & Dragons experience they provide and early Might & Magic games (I like the later ones too) with their open exploration where the increasing challenge offered by enemies is the only thing blocking your progression. The first inspiration for the games I'm casually working on would be the original Wasteland, I especially like the high level of interactivity with environment (other than combat and dialogs).

This is very cool. Love the aesthetic. Need to pick a fight a can win. :) Hope there is more to come!

The game is very compact and your ragged hobos quickly become heavily armored gods making most fights change from hard to trivial. Only the final fight requires some particularly good (and appropriate) equipment.

Very interesting. I didn't really get too far but I do like the concept. Them devil things be creepin' me out. lol 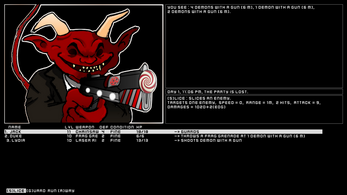 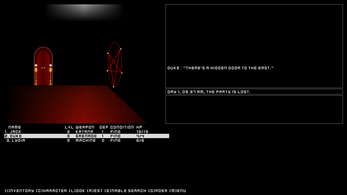 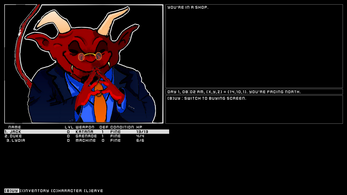 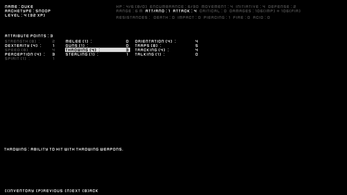